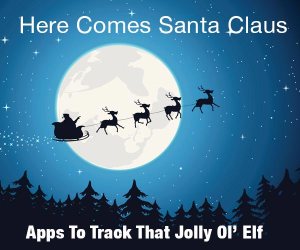 Our Holidays came early, as our married children will spend Christmas with their in-laws this year. One benefit of an early Christmas is that I can share with my readers a Christmas poem given to me by Ramsey Hutton. You may recall Ramsey is the official, cub photographer for Views From Medicine Spirit Ranch. She might also become poet laureate for this blog.

Her offering may sound uncannily familiar as follows:

Twas the night before Christmas, when all through the Ranch
Nothing was moving, not even a branch
The boots were set by the chimney with care
In hopes that St. Nicholas soon would be there

The calves were nestled all snug in the grass
While the moon in the sky just began to pass
And mama in her kerchief and I in my cap
Had just settled down for a long winter’s nap.

With a little old driver, so lively and quick
I knew in a moment it must be St. Nick!
More rapid than eagles his longhorns they came
He drew in a breath and called them by name

So up to the housetop the reindeer soon flew
With a sleigh full of range cubes and St. Nicholas too
Down the chimney he came with a leap and a bound

All dressed in cowhide and his belly was round

He spoke not a word and went straight to his work

Filling the boots he turned with a jerk

And laying his finger aside of his nose

With a nod of his head up the chimney he rose

But I heard him exclaim as he flew out of sight

“Merry Christmas y’all and y’all have a good night!” 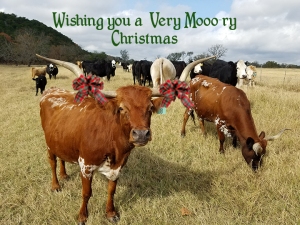