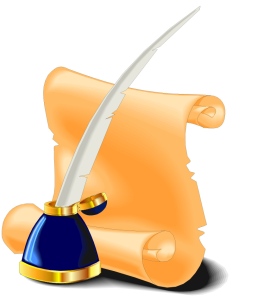 My publisher has announced my forthcoming book, Carrying The Black Bag: A Neurologist’s Bedside Tales, will be released mid-November. This blog will continue to address interesting aspects of Ranching and Retirement but will also begin to increasingly emphasize Reading and wRiting (The Four R’s).

Soon you will see changes in the appearance of the blog reflecting the added emphasis on writing and my book. I hope you will follow  the excitement of bringing my book to press with its many twists and turns. The most important aspect is sharing these poignant patient stories as they are no longer able to give voice to them.

Greenville, Texas: The Blackest Land and the Whitest People- One Perspective

Mr. Reginald Johnson responded with a comment to my latest post dealing with past racial issues in the east Texas town of Greenville, Texas. I approved his insightful comments and they have been posted. The following additional blog comment was, at my request, an elaboration of his first-hand experience growing up in Greenville. It is a simple yet elegant statement for diminishing racial tensions and one that bears reading. I thank Mr. Johnson for his thoughtfulness and willingness to share. And also THANKS go to the unexpected benefits of high school football! Let the season begin.

MR.Hutton, Thank You
The reason for my response, is I’m a Trucker, and so I speak with a lot of people. I’m Very Tired of All the Racial Tension These days. Sad to Say, By the Current Administration. I’m Trying to Defuse it, in my Own Way. GREENVILLE, TEXAS : At the end of my 1st grade year, we were Told that this School, Would be Closing ( Frederick Douglass Elementary/ All Black ). That some of us would be going to other Schools, Named Bowie, Lamar, Crockett, and Travis. I went to Travis.
The older kids, said that WE ARE GOING TO SEE WHITE PEOPLE !! AND THAT WE WOULD HAVE TO FIGHT !!! At that Young Age, I DIDN’T REALIZE, THAT THERE WAS A DIFFERENCE, IN PEOPLE. My parents NEVER MADE RACE, AN ISSUE. Not to me, nor my sister. And So, my 2nd grade year, just about EVERYDAY!!!! When walking home, there Was a house, that some White Kids, From the same School would congregate. These Kids WOULD HOLLER “NIGGER’S !!!!! AND, WE WOULD HOLLER BACK ” PECKER WOOD’S ” , THEN WE WOULD START FIGHTING !!! AGAIN, EVERYDAY. …
I GOT TIRED OF FIGHTING, EVERY DAM DAY.. And, I would wonder, WHY ARE WE FIGHTING ???? I COULDN’T UNDERSTAND.
BUT, A BEAUTIFUL THING HAPPENED, ” FOOTBALL ” !!!! ( REMEMBER THE TITANS ) As the football season began, training together, and then PLAYING TOGETHER, AGAINST ANOTHER TEAM…. Well, WE ALL BECAME FRIENDS !!!!!!!! UNTIL THIS VERY DAY !!! WHENEVER, WE SEE EACH OTHER, ” NOTHING BUT LOVE “…… I went to there house, and would play, and Eat. And, some would Come to my house, would play, and Eat. ” RACISM ” IS FOR , STUPID/IGNORANT PEOPLE…. THESE PEOPLE, ARE THE niggers.