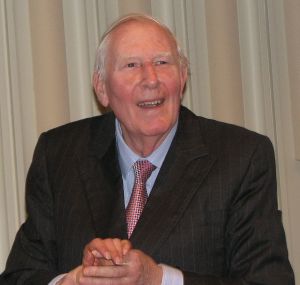 Last month I posted a piece on the death of the great Sir Roger Bannister. I also shared some personal observations regarding how his example affected my life. His athletic accomplishments and lifelong efforts to cure chronic neurological diseases ended with the tragic irony of his own death due to one of those, Parkinson’s disease.

In his youth he broke the four minute mile- a feat previously thought impossible. Bannister had great flexibility of his arms and legs, possessed a long and graceful stride, and demonstrated amazing endurance. He also displayed profound determination. Despite these youthful gifts he ultimately died of a disease that stiffens the muscles, reduces the speed of movement, creates noxious tremor, and gives rise to balance and walking problems. Such a sad travesty to bear for a world class athlete.

The irony is doubly so when we consider how he spent his professional lifetime researching, writing, and lecturing on the nature of neurological disorders, among which was Parkinson’s disease.

Knowledge that Bannister suffered Parkinson’s disease came to me only after posting my earlier piece. This added dimension on his death required this additional retrospective.

One suspects Bannister recognized early on that he suffered Parkinson’s disease. Whether it began with the telltale slow hand tremor, lack of arm swing when walking, or some other feature of Parkinson’s disease, we may never know. Familiar as he was with the disorder, he almost certainly recognized not only what was insidiously happening to him, but also what was sure to come.

Sketch of a man with PD with the typical features

None of us can predict the future. Because of this we need live each day to its fullest, as we never know whether a serious disease or even death may overtake us and minimize or negate our previous skills.

Sir Roger we bid you a fond adieu for the way you lived your life, for your athletic prowess that showed us to never accept current accepted limitations, and for the grace with which you dealt with your terminal illness.

Depictions at the various stages of life