The Lunar Eclipse and Blood Moon

Like many of you, Trudy and I recently stayed up late to witness the lunar eclipse and “Blood Moon.” Received spectacular pictures of this from Bruce Frels, brother to good friend and retired Dentist, Buddy Frels. Bruce is a professional photographer and captured these images. This is what the night sky looked like over Medicine Spirit Ranch.
Hope the quality shows up for these really amazing photos. Here goes!

I hope this provides you with the same sense of awe I experienced. One advantage of living out in the country is very little light pollution. It makes witnessing such scenes as this really speccial. Hope you enjoy the sight.

My Friend: The Great Blue Heron

Animals on the ranch, Great Blue Heron, Inspiration on the Ranch January 15, 2019 Comments: 2

Okay, okay calling the Great Blue Heron a friend just might be an overstatement, but developments of late have made me wonder.

Over the last few years I’ve written several times about a Great Blue Heron that frequents our stock tank and how he waits patiently for me to toss out fish food. I’ve referred to this as my “chumming for heron.” After I retreat a safe distance, the heron flies in on magnificent wings and and crouches waiting for a fish to swim by, or else dives from five to ten feet into the pond to retrieve his meal.

In this almost daily feeding ritual, the heron is used to my presence. I can now get within twenty yards or so of the Heron before  it with its stiff legs struts away or flies away.

For the last several weeks, to my surprise, when I arrive at the large stock tank at our other ranch a mile or two away from the heron’s haunt, the Great Blue Heron flies in to meet me up with me there. He picks a spot to perch on a ledge, the bank of the pond, or on top of a tall tree while I go about throwing out fish food. Again the heron uses my fish feeding as a hunting opportunity.

A strange feeling overcomes me when I see the giant bird circling languidly above. He clearly seems to  monitor my terrestrial progress. Previously I’ve written of the many heron myths, all of which indicate the heron predicts good luck. He is almost like a ancient Greek god who follows my actions with interest or at least with mirth. I find myself wondering what he sees from the great heights achieved in his flight. I suspect he has wonderful eyesight, as he can spot a fish several feet below the surface of the pond. While I am pretty sure about his good eyesight, I have no idea about his hearing. Also I’ve never heard him utter a single sound. He is my silent watcher on land, water, and in the air.

The heron shows adaptation, I suppose. He has learned that fishing is more productive after I summon the small fish to the surface of the ponds. Perhaps its behavior is really no different from the cows who carefully attend my coming and will draw near for my spreading of the tasty range cubes. Also the horses on spotting me will actually gallop behind the pickup when they see me heading for their feed trough.

The relationship with the heron represents symbiosis, that is a mutually beneficial relationship between the Great Blue Heron and his human rancher/fish feeder. I know that I sense wonder from the magnificent bird and feel strangely comforted, knowing he silently watches over me, even if  just for reasons of hunger. The benefit for the heron is obvious and can be seen by its ample girth.

Whereas privacy remains a concern for many, and people feel they are being watched in public; I sense something different. I sense a benevolent and silent watcher, looking after me. Thank you Great Blue Heron, but leave a few fish for me.

My book is in bookstores or online (or contact me and I’ll send it). If a speaker is needed for your event, contact me as I love to share these stories with others either via print or in person. Keep the book in mind for birthday presents or other gift occasions where you wish to present a positive view of dealing with health issues.

In reflecting on 2018, I’ve concluded that Trudy and I must have gone the wrong way or must have taken the wrong path in our lives. Let me explain.

At the beginning of the 20th century 90% of the population of Texas lived in the rural areas and only 10% lived in the cities. By the end of the 20th century these percentages had reversed with 90% of the population of Texas living in urban areas and only 10% living in the country. This trend toward urbanization goes unchecked thus far in the 21st century.

Meanwhile Trudy and I left behind our former homes in the cities (Dallas-area, Lubbock, Houston, Minneapolis, even Moscow and London) where we had lived our entire lives. Instead we went the wrong way and adopted a rural lifestyle living in the countryside outside Fredericksburg ,Texas. Clearly we moved counter current to the usual demographics, but why.?

Moreover, we chose to live on a cattle ranch and raise cattle at a time when the cattle industry has  swooned from the greatness of earlier times when cattle allowed Texas to become a wealthy state. We certainly don’t claim the same lifestyle as the frontier ranchers in Texas who lived in fear of marauding Indians, struggled against nature using primitive tools, and made their ranch rounds via horseback rather in a pick up. No, our experiences don’t compare to the difficult frontier days that were depicted in the western movies, but that doesn’t mean our lives are without challenges as this blog has at times depicted. 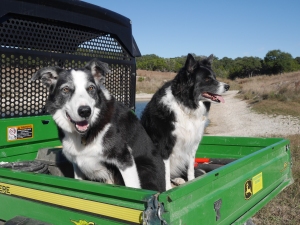 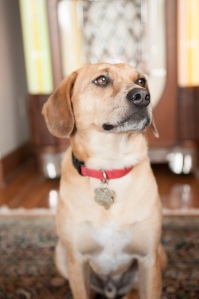 Little Jack: “Hey Pick Up Man, had you not gone the wrong way, I wouldn’t have lived out my story at Medicine Spirit Ranch”

And while some would argue the western myth with its exciting cattle drives and western heroes springs more from Hollywood fantasy than reality, it still fills a void, a yearning, if you will, for a simpler life of raising and moving stock, enjoying good neighbors, and experiencing a simpler, less hectic lifestyle. These are the activities we have enjoyed since moving to Medicine Spirit Ranch.

Perhaps springing from the innate narcissism common in writers, I’ve chosen to share our experiences on this blog. I’ve shared earlier stories of caring for remarkable people who developed neurological disorders, and, in so doing, shared extraordinary experiences that reveal much of what is good about human nature. These stories are in my book, Carrying The  Black Bag: A Neurologists Bedside Tales. 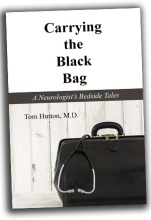 I am proud to say it has won several awards:

In a way writing books in the digital age also runs counter culture. Nevertheless, i can think of nothing more pleasing than sharing stories  in the hope my readers will gain a modicum of benefit from them.

I am working hard on a second book that time will tell whether it sees the light of day. I have tentatively titled it, Hitler: Prescription For Defeat. In it I’ve tried to bring my medical skills (retired though they may be) to bear on Adolf Hitler’s little known, but serious health issues. Too little attention has been devoted, in my opinion, to how his poor health impacted his leadership in World War II, inadvertently affected the great battles, and assisted the Allies in defeating Nazi Germany. Hopefully 2019 will see me finish the book and move forward toward publication. I’ll soon the manuscript to several wonderful folks willing to serve as my beta readers/ Any encouragement you might offer would be appreciated, or else any advice to move onto other subjects.

Looking forward to 2019, “wrong way Tom and Trudy” will continue to live our rural lifestyle. We’ll continue to enjoy our “wrong way” lifestyle” as well. Also Tom will continue to blog about his observations and experiences at the ranch and elsewhere. And in the meantime from Views From Medicine Spirit Ranch, I extend to you my fondest wishes for your personal successes in 2019. Happy New Year!