Years ago my younger brother Jim undertook a school science project that involved white mice. In retrospect Jim admits the science was weak, but as he vaguely recalls, it had something to do with the impact of nutrition on white mice. He doesn’t recall his experiment finding anything of substance, but he does recall, to his surprise, just how rapidly the white mice multiplied. Clearly the nutrition provided in no way hindered their reproduction. 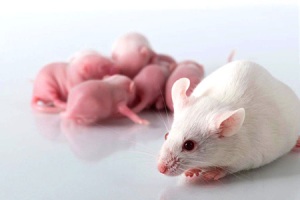 By the time the project ended some months later, the white mice had multiplied at an incredible rate, something to the tune of doubling every three and a half seconds! By the time Jim had written the paper and turned it in for a grade, he had lost all possible interest in his little white critters with the pink eyes. (Of course puberty has a substantial effect on the interests of young males.) The same declining interest as was shown by my brother could not be said for our alarmed mother and father.

The white mice, having little else to do, continued to multiply at a prodigious rate. Suddenly our four bedroom, ranch style home became crowded with cardboard boxes, each brimming with scurrying white mice. You see, neither Jim nor anyone else in the family had considered what was to be done with the mice after the project was completed. With the rapid increase in numbers of the white mice and brother Jim’s interests by then laying elsewhere, my mother and father experienced a severe case of rodent angst. 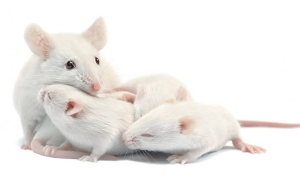 Being kind people, no one would consider euthanasia of the cute little pink eyed critters. Nevertheless, their rapidly increasing numbers screamed out for a solution- any solution, and soon.

During one of his long airline trips, my father ruminated on the rapidly growing self-inflicted mouse problem. Dad, you see, served as a commercial airline pilot who experienced long hours of extreme boredom in the cockpit, intermixed with moments of sheer terror. That flight, however, proved routine and provided time for him to surface a drastic solution. On returning home that night from his trip, he undertook loading the numerous mouse boxes into his car. How many trips this took I cannot recall, nor would Dad ever provide such damning details (you can only trust a family so far).

In any event Dad drove about the darkened neighborhoods of Richardson, Texas. Out of view of the prying eyes of neighbors, he skulked around, distributing white mice to all corners here and far of our previously peaceful and rodent-free hometown. No doubt the sudden invasion of white mice in the days that followed provoked concern and substantial conjecture. Our family, however, was sworn to silence and no one in Family Hutton would let on from whence the white mice came.

To this day I’m sure some of the old timers in Richardson still talk about that time way back then when Richardson was invaded by a virtual torrent of white mice. Theories remain as to what environmental or Biblical plaque had struck our bedroom community that lay near Dallas. I imagine the rock-ribbed Southern Baptists are still railing against the evils of alcohol and dancing that brought on that infestation of white mice.

After 50 years of family silence, a little honesty seems called for. Yes, the family Hutton in the person of my Dad released the critters. His rationale was that this approach gave them a chance to survive in the wild (even then Richardson wasn’t really that wild) but desperation caused him to deem it a good idea. In addition the local cats and snakes likely enjoyed a hunting season like none they had never experienced before. 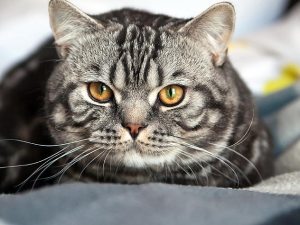 “What a good stroke of fortune”

I offer this long overdue mea culpa on behalf of my family just in case someone out there has a child or grandchild who might be considering a science project. Trust me, it is a foolish idea to ever, ever involve white mice!