Reflections on Getting Older

“Grow old along with me! The best is yet to be, the last of life, for which the first is made.”

As mentioned in an earlier post,  the meaning of Robert Browning’s famous saying for a long time of puzzled me.

Is it life satisfaction that increases with age? Or is it that our thinking processes somehow affect how we react? 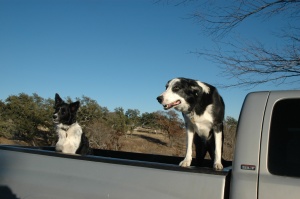 “Say what? What does this have to do with herding cows?”

Both types of intelligence increase throughout childhood and adolescence. Fluid intelligence, the ability to develop new problem solving strategies, peaks by age 40 whereas crystallized intelligence that comes from prior learning and experience doesn’t peak until the 60s or 70s.

Both types are important to overall intelligence. There is also some evidence that brain training games may benefit fluid intelligence.

The direct approach to understanding intelligence

Perhaps it is a greater reliance on crystallized intelligence that allows older people to better determine the veracity of an event/statement based on his/her longer experience. While this doesn’t always comport with what youngsters may believe or have experienced, it at least holds as a general rule.

“You better hope that your fluid intelligence and crystallized intelligence will outweigh your lack of smell and hearing.”
Photos by Ramsey

When considering aging in humans and dogs, one thing of which I am certain is that dogs can model positive aspects of aging. For example Buddy (pictured above) awakens in the morning stiff and sore. He and I both take awhile to get going. Nevertheless when Buddy heads for the truck and his ranch duties he pulls himself together and goes after life with an incredible zest. He’s not one to give into his infirmities.

Within reason this is a life characteristic that I and other humans should emulate. While our physical and mental capabilities may not be what they once were, we should continue to use what we have to the maximum.

Thanks Buddy for your example and we shall grow old together as the best is yet to come.