In previous posts I have mentioned a little brown dog of questionable lineage who adopted us a year ago. We call him “Little Jack”.

I should have known something was special about Jack when after finding him a home, my wife Trudy proceeded to enter a major funk. I actually had to call the man who took Jack and cajole him to return him. You see, Jack has this special ability to insinuate himself into the lives of humans. He is ultimately “pettable” and about as sweet and affectionate as any dog I have known.

The other day I witnessed another even more unusual characteristic. Jack climbed a tree! I mean he went straight up a tree to the second crook in hot pursuit of a squirrel. He was a good 15 feet off the ground. Imagine the surprise the squirrel must have had when he looked over his little brown shoulder and found a dog climbing almost as effectively as he.

Based on Jack’s appearance , we have wondered if he had  Catahoula in his background. Catahoula is a Louisiana bred dog used for hunting varmints.  To my knowledge, Catahoula is the only breed of dogs that climbs trees. Little Jack uses his claws in a highly effective, almost prehensile way that allows him to grip the tree (and my belly when he he tries to climb up- ouch).

Okay, here is my thought on Jack. Man and dog have been inseparable and symbiotic since the caves. What an advantage to have a dog scout for varmints, chase them and catch them but not eat them, and then bring them to his human for a meal. Jack has done this. However, I should mention that Trudy declined to cook the squirrel, making the excuse that she was fresh out of good squirrel recipes.

So my question is, “Is Jack a mutt or is he an evolutionary icon?”. Wouldn’t a meat finding extender for a human be quite a find? Wouldn’t this benefit humans in a similar way to how herding dogs have benefitted raising livestock? And Jack’s calm temperament and effect on people are undeniable (my wife is the perfect example). Jack and probably many other dogs have the ability to bring about a sense of pleasure and peacefulness.

So I will let you decide, mutt or evolutionary icon or maybe something else. I 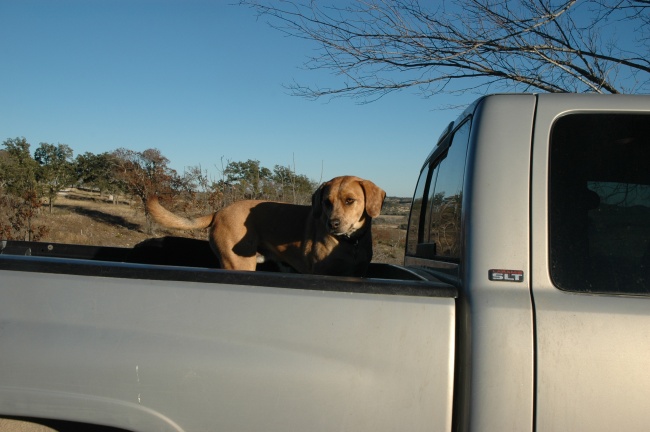 Would welcome your thoughts.

One thought on “Mutt or Evolutionary Icon?”